What is the Rhode Island General Law for Burglary? 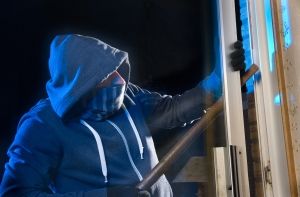 Chapter 11-8 of Rhode Island's General Laws has a number of subsections which specify various burglary offenses which can be charged such as breaking and entering a dwelling while in possession of instruments relating to wrongful setting of fires and breaking and entering into the dwelling of a person who is severely impaired.

Breaking and entering in order to steal or commit some other crime such as arson, theft, kidnapping or a hate crime is called burglary. This crime is taken seriously by law enforcement, prosecutors and the court. If you have been arrested or are under investigation for burglary you should consult an attorney immediately. It is important that you do not discuss the charges or try to make any explanation to police officers or to a prosecutor until you have the opportunity to consult with a skilled Rhode Island criminal defense lawyer who can help you protect your legal rights.

You have the right to effective legal representation. Being innocent will not protect you from being tried and convicted. As a former prosecutor and current bail commissioner, Attorney Humphrey is experienced in analyzing the prosecution's case for flaws in order to find grounds for preventing charges from being filed or getting charges reduced or dismissed. You need an experienced criminal defense lawyer who understands the justice system and will work to help you avoid the harsh penalties of a conviction.

If you have been accused of burglary, contact a Rhode Island burglary defense lawyer today.