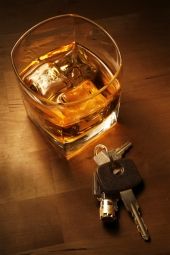 Many people have never had contact with the police or the courts prior to their arrest for drunk driving. For first-time arrestees, being charged with driving under the influence of drugs or alcohol (DUI) causes both stress and anxiety. From the initial traffic stop to finding a skilled Rhode Island DUI attorney, first-time offenders are often not familiar with the process.

What Are the Penalties for First Offense DUI?

The penalties for first offense DUI charges include:

It is extremely rare that a person would be sentenced to prison for a first offense DUI charge. The penalties are increased based on the level of the driver's intoxication, as determined by the driver's BAC readings.

If you are found driving with a BAC level of .08-.10 then you could be forced to pay a fine of $100.00 to $400.00 and you could lose your license for one to six months. You may also be obligated to perform 10-60 hours of community service and participate in a DUI/alcohol program or treatment counseling.

When arrested with a BAC level of .10-.15 the penalties include a fine of $100.00 to $400.00, and a license suspension of three months to a year. Community service hours (10-60) may also be required along with participation in a DUI school or alcohol counseling.

Readings .15 and above or DUI-Drugs

If you had a BAC level of .15 or above at the time of arrest, then you could be facing a $500.00 fine and the loss of your license for 3-18 months. You must also participate in a DUI school/alcohol counseling and perform 20-60 hours of community service.

The Law Offices of Robert H. Humphrey understands how traumatic it can be to face DUI charges for the first time. Throughout his legal career, Attorney Humphrey has worked to assist drivers throughout Rhode Island in finding the relief they need from charges related to drunk driving.

The firm focuses on achieving favorable results by organizing logical, well-rounded strategies that focus on points of weakness for the prosecution.

These areas may be related to:

And they depend solely on the specifics of your case.

How The Law Offices of Robert H. Humphrey Can Help

Attorney Humphrey is known for his legal counsel in DUI cases. He is the founding member of the DUI Defense Lawyers Association and he is also the DUIDLA's State Ambassador in Rhode Island.

The accomplished legal staff at the Law Offices of Robert H. Humphrey proudly serves all areas of Rhode Island, and their hard work may prove to be a decisive advantage in achieving a successful defense.

Contact a Rhode Island DUI attorney if you have been charged with your first DUI offense and would like the best defense representation available.