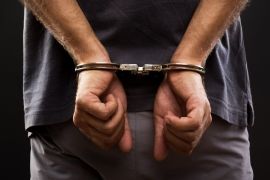 What is a Chemical Test?

A chemical test refers to a breath or blood test. A breath test is administered by use of a Breathalyzer machine in which a person blows into a device that will measure their breath/alcohol ratio. A person's breath/alcohol ratio is said to be almost identical to their blood/alcohol ratio. A chemical test is conducted at the police station, whereas, a blood test is conducted at a hospital. Both tests occur after a person has been arrested for drunk driving. Police often request motorists submit to a blood test if police believe the motorist is under the influence of drugs rather than alcohol.

What is a PBT?

A PBT (preliminary breath test) is a chemical test that is administered at the scene of the motor vehicle stop. Police officers may ask a motorist to submit to a PBT. The results of a PBT are used as further evidence by police to determine if they should arrest the motorist for drunk driving. A person may refuse to submit to a PBT. Refusal submit to a PBT is a traffic violation and punishable by an $85.00 fine.