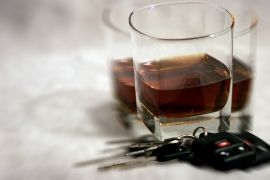 Drinking and driving is not per se illegal under Rhode Island law. Any motorist with a blood alcohol content (BAC) of .08 or greater is legally intoxicated. It can be more difficult to prove a drunk driving charge if a motorist has a BAC reading below .08 (the legal limit). However, the law does not make a distinction for drug use. If driving with any detectable amount of drugs, a motorist can be arrested and charged with drunk driving.

Have you been charged with DUI-Drugs?

Pursuant to R.I.G.L. 31-27-2.4, whoever operates any motor vehicle while knowingly having in the motor vehicle or in his or her possession, a controlled substance, as defined in § 21-28-1.02, shall have his or her license suspended for a period of six (6) months.

Get the help of a Rhode Island DUI-Drug attorney!

DUI Attorney Robert Humphrey has over twenty-eight (28) years' experience helping clients maintain their freedom and liberty after a charge for DUI involving drugs in Rhode Island. Whether this is a first criminal charge or a subsequent offense, having a skilled and highly knowledgeable lawyer on your side is crucial!

Contact a Rhode Island DUI attorney immediately if you have questions about a DUI - Drugs case. There is no charge for the initial consultation.