Charged with a Drug Crime in Rhode Island? 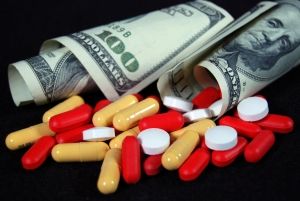 In the State of Rhode Island, drug crimes are on the rise and deeply impact our neighborhoods. Anyone accused of this type of crime should understand that it can involve not only local law enforcement but the FBI (Federal Bureau of Investigation) and DEA (Drug Enforcement Administration) as well. In most cases, there will be a substantial amount of evidence that exists before an arrest is ever made.

If you or a loved one is under investigation or facing drug charges, please contact a Rhode Island drug crime attorney at the Law Offices of Robert H. Humphrey today.

In Rhode Island, the type of drug charge brought against someone is based on three main factors:

The term "drug crimes" refers to a variety of offenses including:

Please contact a Rhode Island drug charges lawyer at the Law Offices of Robert H. Humphrey today if you or a loved one faces any state or federal drug charges.

Drug charges can impact a person’s future forever and are very serious criminal offenses. A drug crime can be charged in state or federal court depending on the specifics of the crime. Depending on the circumstances of the alleged crime, a person could face penalties including: In order for a person to protect their future and their freedom it is important to retain the legal services of a Rhode Island drug charges attorney immediately. At the Law Offices of Robert H. Humphrey, they represent drug cases involving controlled substances, narcotics and prescription drugs that include:

At the Law Offices of Robert H. Humphrey they are well aware of your legal rights. Attorney Humphrey will fight aggressively in the effort to obtain the outcome that your case deserves. In many instances he may even be able to obtain alternative sentences in lieu of jail or prison time for clients. Please contact the firm to begin protecting your future today.