Have you been accused of statutory rape? 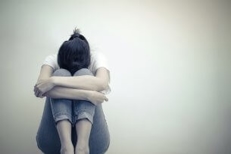 What exactly does statutory rape mean and what are the legal consequences of committing the act? The Law Offices of Robert H. Humphrey are here to answer that question and provide solid defense.

If you are being charged with statutory rape (third-degree sexual assault) in Rhode Island, then it's absolutely critical that you contact a Rhode Island sex crime attorney as soon as possible.

What Is Considered Statutory Rape?

Statutory rape varies from forcible rape in that force or threat is absent. Statutory rape generally includes the element of consent, however, a minor is not legally capable of giving their consent to this act. In contrast, other rape charges occur when a person forces another person to have sex with them.

Statutory rape laws were created to protect America's youth who are especially vulnerable. The original purpose of these laws was to protect young unwed females from adult males who might impregnate them and fail to provide support for their children. The rationale of statutory rape laws was originally to preserve the marriageability of young unwed girls and to prevent teenage pregnancy.

The Age of Consent in Rhode Island

The penalties for statutory rape (third-degree sexual assault) in Rhode Island are up to 5 years in prison. There is no minimum age difference in Rhode Island, a person is simply guilty if they are over 18 years of age and the victim is 14 or 15 years of age.

When someone aged eighteen (18) or older has sexual contact or sexual intercourse with a young boy or girl below the age of fourteen (14), then it is referred to as child molestation, which is a far more serious criminal offense in Rhode Island.

Although statutory rape laws were created with good reason, sadly innocent people can be entangled in allegations of having sex with a minor. It is not uncommon for a young girl to lie about her age or even possess a fake I.D. However, that does not change the fact that you may be charged with a serious crime.

Attorney Humphrey has 28+ years of experience in criminal law. If you are facing allegations of a sex crime, then you owe it to yourself to have a strong and compelling defense attorney fighting in your corner and fighting to get your charges dropped!

Contact us today to schedule your free initial consultation!