Have you been charged with probation violation or bail violation in Rhode Island? 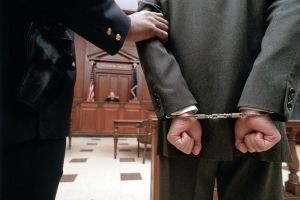 At the Law Offices of Robert H. Humphrey they provide outstanding criminal defense for clients accused of probation violations and bail violations throughout Rhode Island. It is extremely important to contact a Rhode Island criminal defense lawyer immediately if you or a loved one has been accused of violating the terms of your probation or conditions of bail. Otherwise, law enforcement can make an immediate arrest and you or a loved one can face additional charges that may include serving out the terms of the original sentence in addition to other serious penalties.

Types of Bail and Probation Violations in Rhode Island

The following may result in a probation violation or a bail violation in Rhode Island:

When a person is accused of committing a crime, he/she is typically released on bail while the case is pending. Under Rhode Island General Law 12-13-1 (Bail Statute), "every person who is held on any criminal process to answer to any indictment, information, or complaint against him or her shall be released upon giving recognizance with sufficient surety or sureties." There is a general presumption in favor of bail, except for serious lifetime imprisonment offenses.

There are three (3) types of bail in Rhode Island, personal recognizance, which is a promise to return to Court, surety bail, which requires a 10% payment of bail, and cash bail, which requires 100% payment of the bail. Cash and real estate can both be used to post bail. By posting bail, a person promises to remain in the State of Rhode Island, return to Court when ordered and "keep the peace and be of good behavior." If a person fails to obey those conditions, he/she may be a bail violator.

Probation is a common penalty imposed when a person pleads guilty to a crime. Much like bail, when a person is on probation, he/she is promising to "keep the peace and be of good behavior" and comply with conditions imposed by the Court, including reporting to a probation officer. If a person fails to obey those conditions, he/she may be a probation violator.

Pursuant to Rhode Island General Law 12-19-9, when a person is accused of violating his/her probation, he/she can be held without jail for up to ten (10) days before a probation hearing is held. If a person is adjudged a probation violator, the Court has broad discretion in imposing sentence, including sending a person to jail for the remaining period of their probation.

Consult our Criminal Lawyers in RI

Please contact a Rhode Island criminal defense lawyer at the Law offices of Robert H. Humphrey today. Attorney Humphrey is dedicated to protecting his clients' legal rights and fighting to keep them out of jail or prison. Both probation and bail violations can be extremely confusing and complex, requiring the special care of a knowledgeable attorney. At the Law Offices of Robert H. Humphrey they are aware of serious nature of the charges and will work to avoid a conviction for a probation or bail violation altogether.