DUI, OUI and Other Alcohol Offenses 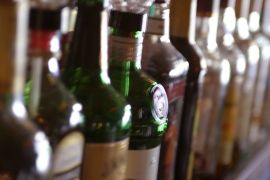 In addition to DUI (driving under the influence) and OUI (operating under the influence) there are several other alcohol-related offenses in which a person can face arrest in the state of Rhode Island. It is very important that whether a person is being arrested and charged for a first time, second or subsequent offense that they speak with a qualified Rhode Island DUI attorney immediately.

At the Law Offices of Robert H. Humphrey we recognize the need for outstanding criminal defense for other alcohol offenses in addition to DUI/DWI/OUI that may involve the following:

In 2006 a "social host" law was passed stating that parents who allow children to consume alcohol in their homes or who provide children with alcohol may face criminal charges. In 2008, the law was extended to include that parents or "anyone else" could be charged if minors under the age of 21 were provided with or found consuming alcohol anywhere within their property. Those allowing for underage drinking to take place could be incarcerated for up to three years in jail or prison and receive a fine of up to $2,500.

The social host law extension in 2008 also makes it a crime for underage drinkers to purchase alcohol with a fake Identification card. In addition, minors and underage drinkers can face charges if they are caught in possession of alcohol or transporting alcohol within their vehicle. All of which can result if convicted in up to a 1 year driver's license suspension, large monetary fines and mandatory community service.

Any minor caught consuming, purchasing or possessing alcohol can face criminal charges in the state of Rhode Island. In addition, any minor drinking and driving can face underage DUI charges if they drive a motor vehicle while intoxicated. Under Rhode Island law a minor can face incarceration, fines, community service, license suspension, probation and additional penalties if convicted.

Also referred to as drunk and disorderly conduct, public intoxication refers to any person found to be under the influence of alcohol and/or drugs in public. The following three factors must typically be met in order for law enforcement to make an arrest: (1) person intoxicated is causing a public disturbance (2) is dangerous to others, and (3) is being a threat to the wellbeing of oneself. Public intoxication is typically a misdemeanor offense resulting in jail time until sobered up (typically overnight), fines and enrollment in an alcohol/drug treatment program. It is also a crime that can remain on a person's criminal record for life.

If a person is caught consuming alcohol in a public place they can be placed under immediate arrest for drinking in public. This is a misdemeanor offense and if convicted can result in mandatory fines and community service.