Have you been charged with aggravated assault and battery? 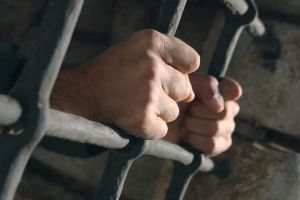 Assault and battery is considered a serious charge in Rhode Island. Assault is threatening another person. Battery is an actual touching of another person without consent. When a disagreement becomes physical and injuries result, whether in a domestic situation or in a bar with a stranger, the person who is not injured is usually the one arrested. Unfortunately angry people generally exaggerate events in their own favor giving a skewed version of what happened. This can mean that the person who was simply acting in self-defense can get charged with the crime. The situation could become even more serious if an allegation of a hate crime is made. Felony assault and battery, sometimes referred to as aggravated assault and battery, carries harsh penalties which means you need skilled legal representation by a Rhode Island criminal defense attorney.

Under RI Gen. Laws Sec. 11-5, felony assault and battery is charged when serious physical injury results and can include the use of a weapon or vehicle, or toxic substance. Rhode Island has a number of laws concerning felony assault and battery. Depending upon the circumstances and your previous criminal history, you may face up to 20 years in prison, large fines, probation and a criminal record. Law enforcement officers sometimes only gather enough information to have grounds for making an arrest. An aggravated assault and battery defense lawyer at our firm can investigate the charges against you, take witness statements, and gather evidence which may be vital in building a strong defense strategy.

Having experienced legal representation by a former prosecutor can make a difference in the outcome of your case. As a criminal defense lawyer of 28 years, attorney Humphrey is ready to answer your questions, explain your specific charges and your legal rights.