What is child molestation? 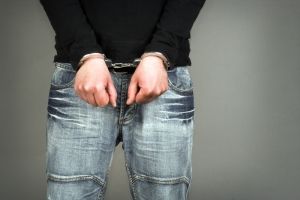 Child molestation is a broad term referring to any type of indecent or sexual activities that goes on between an adult and a child under the age of fourteen (14). In simple terms, it is illegal for an adult to touch a child's body with "lewd and lascivious" intent regardless of whether or not the child has given their consent.

If you've been accused of child molestation, do not hesitate to call our firm at (401) 816-5862. We offer free case evaluations and can begin strategizing for your defense. Contact the Law Offices of Robert H. Humphrey today!

What acts are considered child molestation?

Child sexual abuse takes on many forms and it can include physical sexual contact with the child, touching the child's sexual organs, voyeurism, sexual dialog, prostitution, fondling, forcing the child to partake in child pornography, sexual penetration, and pressuring the child to participate in sexual activities and many more.

It is not uncommon for child abusers to entice children by offering them attention or gifts, or by using threats or force, or by manipulating them by using a combination of these tools.

Other Sex Crimes Against Children

Statutory rape is a different but similar crime, defined as an adult making sexual contact with a minor younger than the age of sixteen (16). The crime becomes "child molestation" when the child is fourteen (14) years old or younger.

How common is child molestation?

The Justice Department reports that there are approximately four million pedophiles in the United States; however, it's nearly impossible to assess an accurate figure because many child molesters are never caught. The Justice Department reports that one in four girls and one in seven boys will experience some form of sexual abuse before turning 18.

Surprisingly, studies have not found any major differences in the prevalence of child sexual abuse among the different classes or races. The largest common denominator in child sexual abuse cases was parental unavailability, neglect and a poor relationship between the parent and the child.

The penalties associated with a child molestation conviction vary depending upon the type of molestation, the injury suffered, the relationship between the child and the defendant and the number of times the sexual abuse took place.

For those who had a close relationship with the child (family member) and caused moderate injuries or multiple counts, they will be sentenced to 20 to 30 years in prison.

In cases where there was physical injury, multiple counts or aggravating circumstances, the person will face 25 years to life in prison.

If you have been accused of child molestation in Rhode Island, you need aggressive and skilled legal defense on your side. We understand that individuals can be falsely accused of molestation or become involved in criminal activity under a misunderstanding about a child's true age.

Regardless of your situation, however, everyone deserves the best possible defense. Put our 25+ years of experience on your side as we work tirelessly to defend your rights and future.

To learn more about child molestation charges in Rhode Island, contact a member of our legal team at the Law Offices of Robert H. Humphrey.