Build Your Case with a Rhode Island DUI Lawyer 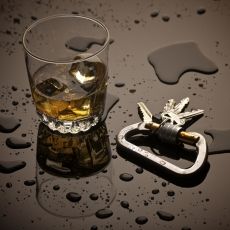 A typical drunk driving or DUI charge is a misdemeanor in the State of Rhode Island. However, any DUI charge in which a motorist seriously injures or kills another person is a felony charge. In some states, this would be referred to as vehicular manslaughter, in Rhode Island, it is driving under the influence resulting in serious bodily injury or death. Both charges are extremely serious and the penalties are severe.

If you or someone you love has been charged with vehicular manslaughter, call the Law Offices of Robert H. Humprey at (401) 816-5862 or contact us online. Our Rhode Island DUI manslaughter attorney can help.

What Are the Penalties for Killing Someone While Driving Drunk?

The penalties for DUI homicide include:

What are the Elements of DUI Manslaughter?

For a DUI resulting in death charge, there must be strong evidence that shows the following:

Here, “reckless disregard for the safety of others” means that the defendant behaved in a way that completely disregarded the safety of others without concern for the consequences of their actions. Examples of this would be driving at very high speeds, driving erratically, tailgating, racing, ignoring traffic lights and traffic signs, etc.

Please call (401) 816-5862 or contact us online for a free consultation with a DUI manslaughter lawyer. Don't wait until it's too late. Choose Rhode Island's premier DUI criminal defense law firm.

What is the Difference Between Injury and Serious Injury?

The law does define the difference between injury and serious injury. Any “physical injury that creates a substantial risk of death or causes serious physical disfigurement or protracted loss or impairment of the function of any bodily member or organ” is considered to be a serious injury.

The penalties for DUI resulting in serious injury include:

Contact a Rhode Island DUI attorney from the Law Offices of Robert H. Humphrey today to start working on your defense.