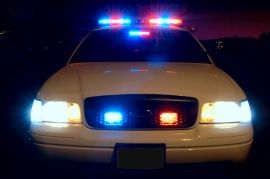 Pursuant to Massachusetts General Laws Chapter 90, Section 24(1)(a)(1), "OUI" or operating while under the influence is defined as whoever, upon any way or in any place to which the public has a right of access, or upon any way or in any place to which members of the public have access as invitees or licensees, operates a motor vehicle with a percentage, by weight, of alcohol in their blood of eight one-hundredths or greater, or while under the influence of intoxicating liquor, or of marijuana, narcotic drugs, depressants or stimulant substances, all as defined in section one of chapter ninety-four C, or the vapors of glue.

If you have been charged with operating a motor vehicle while under the influence of intoxicating liquor (OUI) in the Commonwealth of Massachusetts, the Commonwealth must prove, beyond a reasonable doubt, three (3) separate and distinct elements as follows:

In Massachusetts, a suspected drunk driver convicted of a first offense OUI will be subject to a fine of not less than $500.00 nor more than $5,000.00 and/or imprisonment of not more than two and a half (2.5) years. In addition, there is a one (1) year loss of license and a driver is not eligible for a hardship license for at least three (3) months.

However, a first time offender may be deemed eligible to be sentenced under an alternative disposition pursuant to M.G.L.c.90 §24D. A section 24D plea disposition consists of the following:

Massachusetts has a forever look back period in which to charge drivers with second or subsequent OUI charges. In addition, if Massachusetts is aware of out of state DUI/OUI convictions, those may also be used against a driver to charge him/her with a second or subsequent offense. If you have been charged with operating a motor vehicle while under the influence of intoxicating liquor (OUI) in the Commonwealth of Massachusetts, allow Attorney Humphrey's reputation, experience and skill to successfully guide you through the legal process. He is the Rhode Island State Ambassador for the DUI Defense Lawyers Association. He is also one of DUIDLA's founding members.

Contact an OUI lawyer at the firm to learn how you can fight your OUI charges.